This week is the 100th episode of The Extraordinary Business Book Club! I’ve seen this coming for a while – obviously – and have been beating my brain over what to do about it. After all, every week I have extraordinary, top-drawer guests on the show: should I try to find someone even more extraordinary? Or should I pontificate on what the podcast has meant to me over the last two years or so? [spoiler: lots]

In the end, I decided that what’s really extraordinary about The Extraordinary Business Book Club is that it’s all about supporting ordinary business people with something interesting to say. So in this week’s centenary celebration episode, I talk to three of the extraordinary ordinary folk I’ve worked with recently – Julie Dennis, Michael Brown and Elaine Halligan – and invite them to tell the story of how they got from idea to finished book. I reckon you’ll enjoy it. 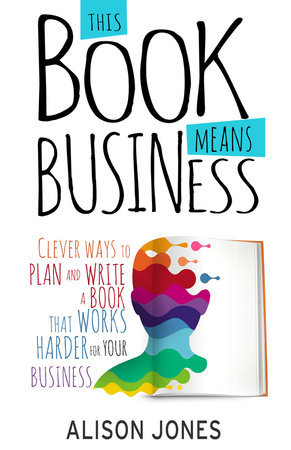 I also talk in my intro about my This Book Means Business street team – the response to this has been fantastic, thanks so much to everyone who’s already signed up. There’s still a few days to sign up and get your name in the book (you can still sign up after 21 February, but I can’t guarantee you’ll see your name in print…). All you have to do is commit to buy a copy of the Kindle ebook at £0.99/$0.99 on launch day and spread the word in your network, and in return you’ll get a free signed copy of the print book, a VIP invitation to the launch party on 26 March, access to a webinar in which I set out my launch process in detail and answer your questions on any aspect of planning, writing and publishing an extraordinary business book, and of course my undying gratitude. (And if you decide to write an honest review on Amazon, my gratitude will be doubled or even tripled – depends what you say, I guess – but that’s not an essential part of the deal as Amazon are very hot on NOT incentivising reviews!) If you want in, sign up here. 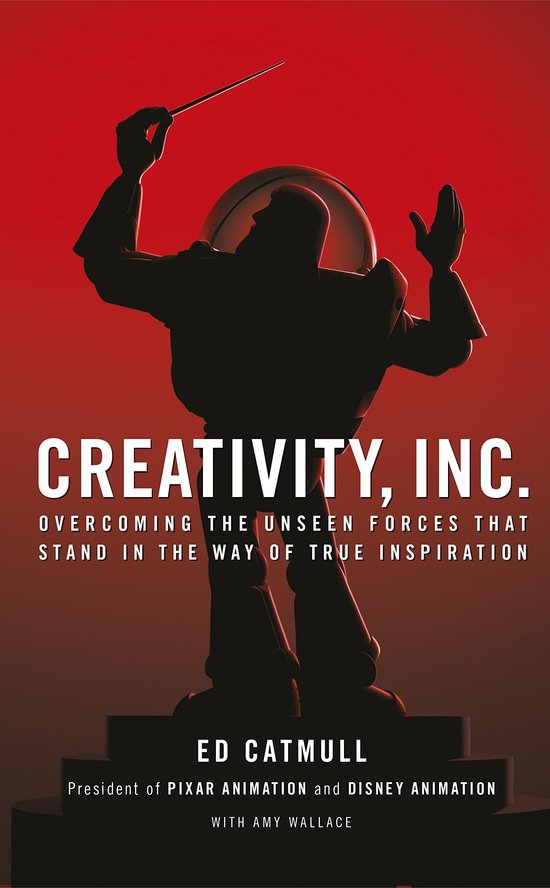 I’ve had two or three people recommend Creativity, Inc.: Overcoming the Unseen Forces That Stand in the Way of True Inspiration

by Ed Catmull, founder of Pixar, over the last few weeks, so I shunted it up to the top of my to-read pile this week. On one level it’s simply a delight to read about the story behind Toy Story. (Did you know Pixar fired the directors of Toy Story II with only 9 months to go because it was no more than ‘good enough’, and then worked round-the-clock to create the emotional intensity and complexity of the final film?)
There’s an unsentimental, ego-free quality to the way Ed writes about his own experiences, particularly his mistakes, and draws out his learnings. One especially valuable idea for anyone writing a book is his concept of the ‘Ugly Baby’ – his name for the early mock-ups of a new film. These are ‘awkward and unformed, vulnerable and incomplete’, but this is a necessary stage in the creation of something original, and it’s vital not to kill them by comparing them with how a finished, polished, ‘grown-up’ thing should look.

There’s an artless lightness of touch, too: I love the way he drops in profound lessons as by-the-by observations. He notes about the time he recruited Alvy Ray Smith to his newly formed team at NYIT:

‘I had conflicting feelings when I met Alvy because, frankly, he seemed more qualified to lead the lab than I was. I can still remember the uneasiness in my gut, that instinctual twinge spurred by a potential threat: This, I thought, could be the guy who takes my job one day. I hired him anyway. Some might have seen hiring Alvy as a confident move. The truth is, as a twenty-nine-year-old who’d been focused on research for four years and had never had an assistant, let alone hired and managed a staff, I was feeling anything but confident. I could see, however, that NYIT was a place where I could explore what I’d set out to do as a graduate student. To ensure that it succeeded, I needed to attract the sharpest minds; to attract the sharpest minds, I needed to put my own insecurities away. The lesson of ARPA had lodged in my brain: When faced with a challenge, get smarter. So we did. Alvy would become one of my closest friends and most trusted collaborators. And ever since, I’ve made a policy of trying to hire people who are smarter than I am. The obvious payoffs of exceptional people are that they innovate, excel, and generally make your company—and, by extension, you—look good. But there is another, less obvious, payoff that only occurred to me in retrospect. The act of hiring Alvy changed me as a manager: By ignoring my fear, I learned that the fear was groundless. Over the years, I have met people who took what seemed the safer path and were the lesser for it.’

And finally… A Little Bit of Practical Inspiration

I’m a keen, though inept, runner. This weekend I ran my first road race in nearly a year: 10 miles, the furthest I’ve run in months. It was very slow, 23 minutes slower than my best on that course, but I enjoyed every minute. When we first moved to Bramley, 10 years ago, I most definitely wasn’t a runner. I heard about the Bramley 20/10 road race and said to my husband, ‘You know, I reckon if I really got serious and trained hard, I could run 10km one day.’ And then I found out it was 10 miles, and I said ‘Ha ha ha, no way.’
I’ve run 5 marathons since then.
I honestly don’t think I’d ever have set up my own business if I hadn’t discovered through running that my limits were not where I’d thought they were, not even nearly.
This is a quote by Christian Larson that inspired me in my early days of running, and which went through my head today as I approached the finish line:
‘Take pride in how far you have come. Have faith in how far you can go.’
I hope it inspires you too. 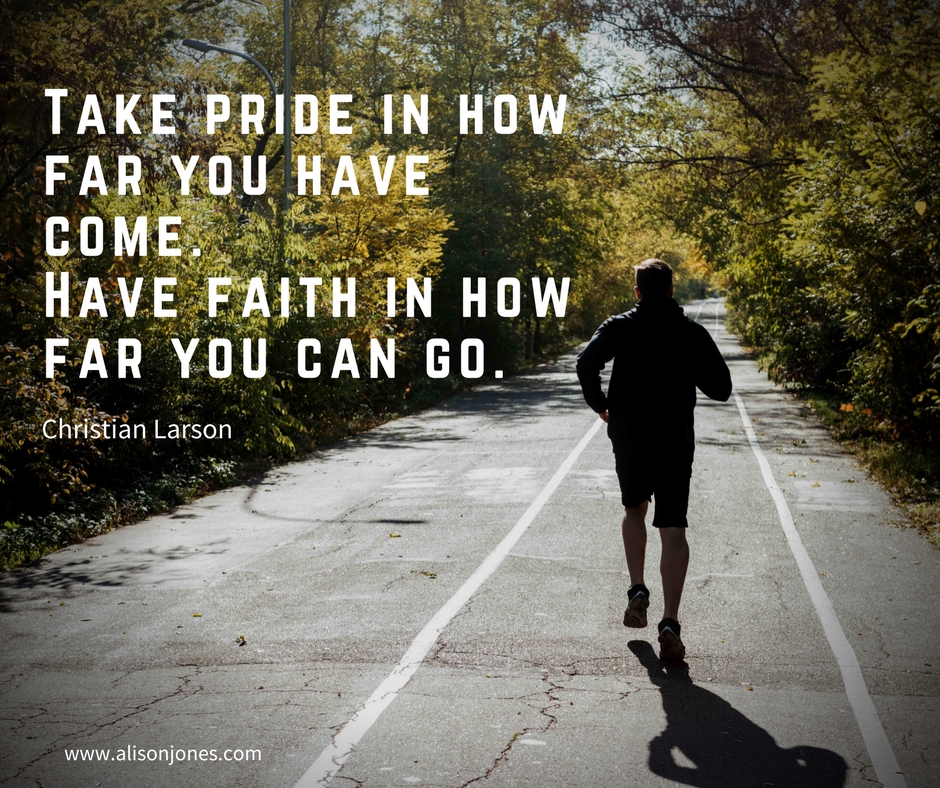 This is taken from The Extraordinary Business Book Newsletter. If you’d like this sort of thing in your inbox every week, sign up here.