Machine learning is where Google, Amazon, Apple and others are focusing their investment, and it’s impacting every industry from medicine to manufacturing. You’d think writing and publishing might be immune, but there are already AI-authored books out there (last year a largely machine-authored book passed the first stage of a literary competition in Japan).

Another interesting literary use of machine learning is the book bot, as recently launched by HarperCollins. BookGenie and EpicReads (for YA fiction) both use the Facebook Messenger platform to interact with users and provide recommendations for their next book. With BookGenie, you can choose whether you want a recommendation based on a book you’ve just read or top tips from HarperCollins authors. The tool links through to the publisher’s site to buy the book (not restricted to HarperCollins – but it’s interesting they don’t simply link to Amazon), or to the HarperCollins site to see an author’s profile. EpicReads is similar, but heavier on the gifs.

I wondered how this would work for business books, rather than literary fiction, so I asked for recommendations from BookGenie based on The Curve by Nicholas Lovell. Not a great start: when I typed only the title, the bot retrieved Ahead of the Curve by Philip Broughton. But it quickly put that right by asking me for the author’s name, and once it had the right book suggested for me #AskGaryVee, asking anxiously ‘What do you think?’. Just for badness, I clicked on ‘No, let’s try again’. Weirdly, it then recommended The German Genius, a ‘virtuoso cultural history of German ideas and influence’.

This time it gave me Collins Butterfly Guide: The Most Complete Field Guide to the Butterflies of Britain and Europe. At which point I gave up.

I think the tech still has a way to go. 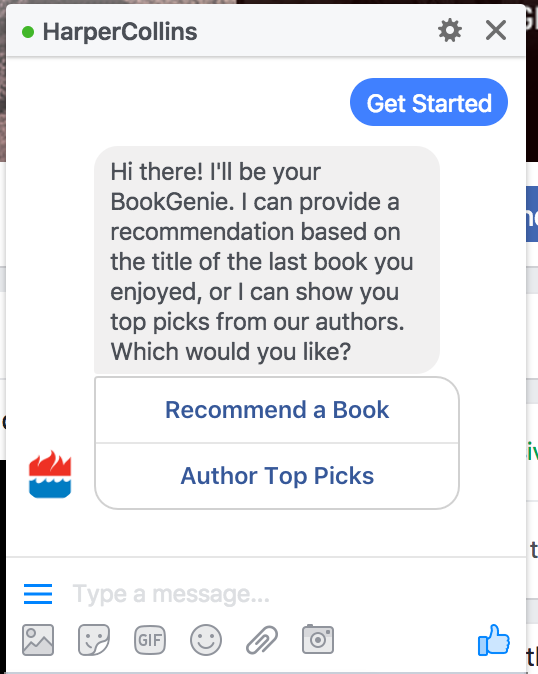 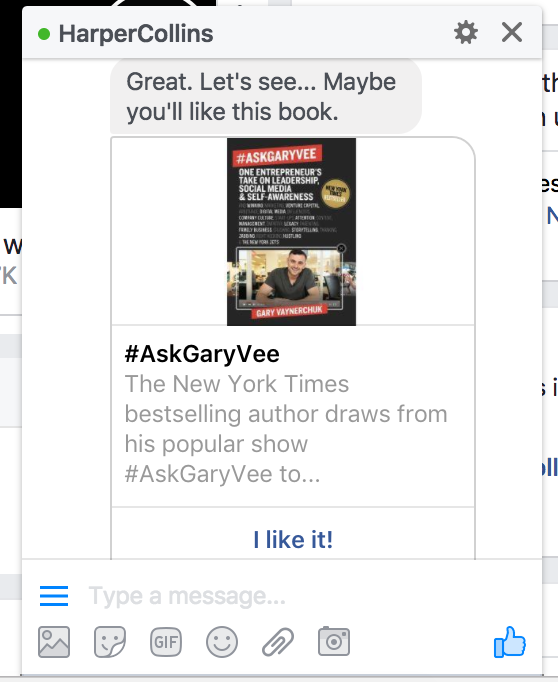 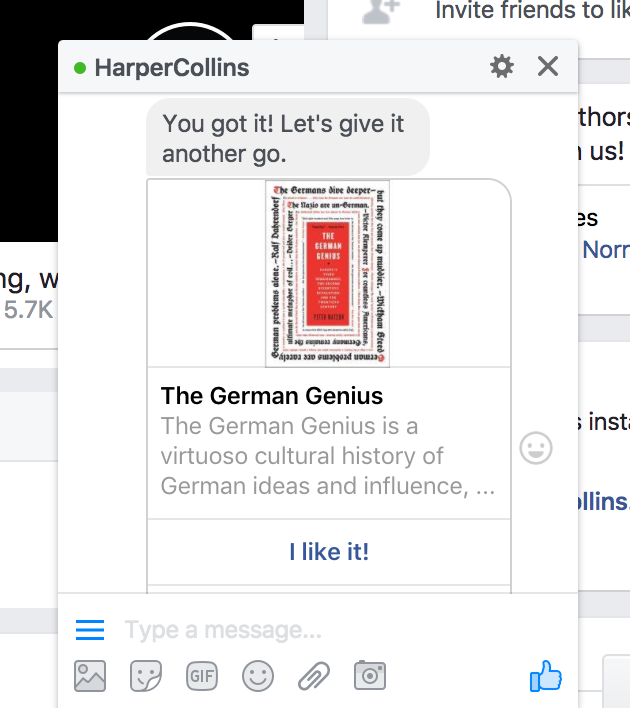 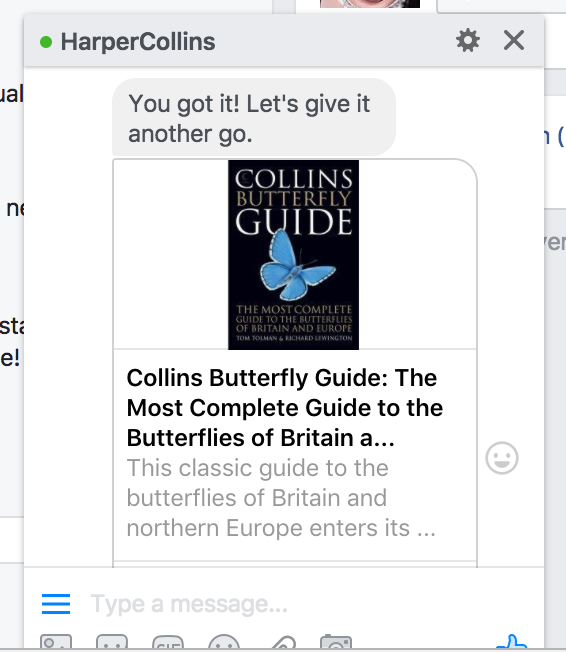 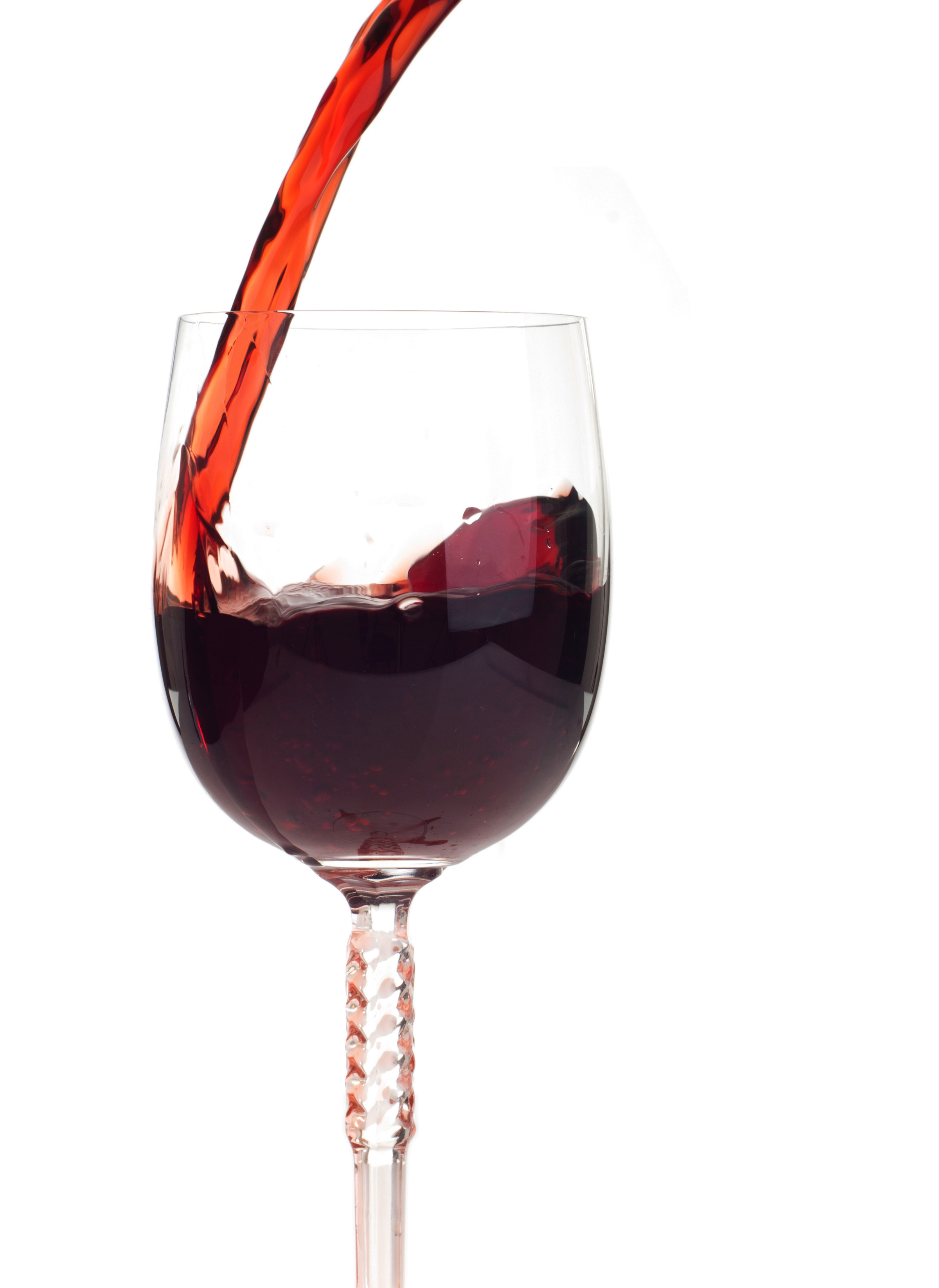