Literacy – the currency of the knowledge economy 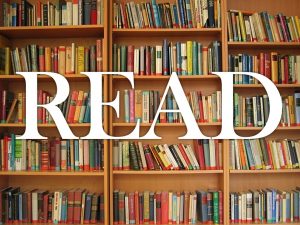 It’s International Literacy Day today, as it has been every 8 September since UNESCO established it in 1965. We’ve come a long way since then, but still today, as UNESCO’s website reminds us:

‘Some 775 million adults lack minimum literacy skills; one in five adults is still not literate and two-thirds of them are women; 60.7 million children are out-of-school and many more attend irregularly or drop out.’

I spent some years volunteering as a tutor with Adult Basic Education in Edinburgh back in the early 1990s, and was continually astonished by the range of people I worked with. One in particular stuck with me: a short, cheerful man with a big laugh who’d clowned his way through school, truanting as often as he attended, and came out the other end with no qualifications. He worked in a series of dead-end jobs, picking stuff up, learning on the job, and eventually set up his own plubming business. In middle age, he decided to learn to read and write because he was tired of the shame he felt every time he he had to pretend he’d lost his glasses when presented with a form. He’d succeeded despite the odds, but he knew he could be so much more.

Literacy matters, because without it it’s harder for people to succeed in life. As Barack Obama put it: ‘Literacy is the most basic currency of the knowledge economy we’re living in today.’ (There was a president who posted his summer reading list every year. It’s difficult not to make comparisons with his successor, who ‘hasn’t got time’ to read books.)

Of course as a publisher I care about literacy: without it I don’t have a market. But as a mother, as a human, I believe passionately that children who are taught to love reading grow into more thoughtful, creative, empathetic people. And that’s what the world really needs right now.