See what your mind tells you 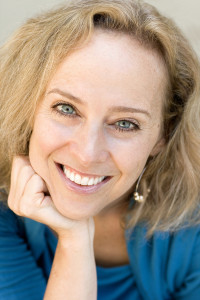 In today’s Extraordinary Business Book Club episode Robbie Kellman Baxter talks about writing The Membership Economy. I’m not going to talk about that today (though I will soon, believe me, because it’s FASCINATING); instead I just wanted to share with you one of her insights into the process of writing the book. In a blog post, she explains how she discovered that ‘the process of writing actually helps you think.’

I asked her about this in our interview…

AJ: How did writing help you think?

RKB: Yes, it’s almost magical… This was actually a tip from one of my writing coaches: write a question that’s vexing you and see what your mind tells you about it. So I would write something like ‘I don’t know the distinction between membership and subscription and people keep asking me’, and then I would write ‘And I think it’s because…’ and then I would sit for a moment, and then I would just free write, and at the end of it I’d have an answer.

RKB:  Yes. Yes, so that’s been really helpful, so I still do that now when I have a problem and I don’t know the answer. I’ll open a clean document (because I type, I don’t hand write), and I’ll say ‘I want to be able to answer this question but I don’t know how, and the reason I don’t know how is because..’, and then I just go from there, and usually I come up with a much better way of framing the problem and sometimes an actual answer.

I think that’s probably one of the simplest yet most powerful tips ever shared on the show. And that’s saying something.