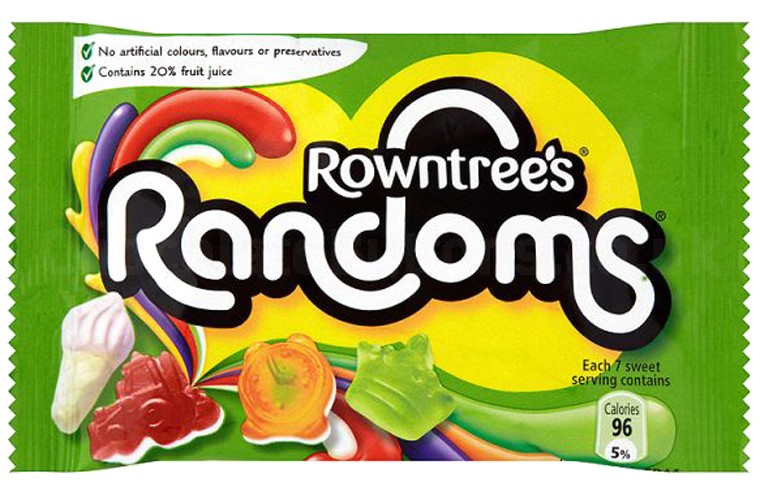 A few weeks ago I shared my patented Haribo Story-Telling Game For The Making Bearable Of Long Journeys With Children. Today I can reveal a new dimension to the game: simply trade the Haribo for Randoms. (Look, I realise that nutritionally this isn’t exactly an improvement – but there are plenty of other blogs for that sort of stuff.)

Now instead of endless variations on a theme of bears, cola bottles, hearts and rings the stories are, well, more random. Yesterday I think my favourite was the wedding cake that was destroyed when the bride and groom tripped up in the first dance and fell into it: the day was saved by a resourceful small boy who bought a job lot of ice-cream cones and constructed a magnificent tower from them to make the most original and delicous cake anyone had ever tasted. Or maybe it was the magic rook chess piece that helped the shipwrecked girl beat the pirate captain and win his ship, leaving him a broken man whittling spoons on the island as she sailed away.

Another long journey ahead of us today: looking forward to spinning more tales out of sugar.