We’re camping – glamping, really – down at Durdle Door in Dorset this weekend. It’s absolutely stunning. This morning I slipped out of the pod while everyone else was asleep for my run (223 days and counting, since you ask). Yesterday my husband, who knows this area fairly well, advised me on a good running route that wouldn’t involve too much descent/climbing, and I nodded and took it all in. But then this morning as I ran to the top of the hill near the campsite, preparing to turn left and keep along the ridget, I saw a wee stone marker simply saying ‘Lulworth Cove’ with a little yellow arrow. For some reason, it was just irresistible. Perhaps I didn’t want to lose the sight of the sea to my right. In any case, I followed it, and quickly found myself descending a broad stepped path at a barely-in-control gallop. About half way down I realised what a poor decision this had been, but it was too late. I found my way to Lulworth Cove, and very beautiful it was, deserted, with that translucent early morning sky and salt-fresh smell. I ran along the cove a little way and found a steep path up the cliff to the village then considered my options.

The broad, white path I’d come down was the obvious choice, but I wanted a bit of variety, and something a bit less well trodden. There was a promising track snaking up the hill towards the sea that spoke of coastal paths and glorious views, so I followed it. It led to a dead end at a brick wall. Down I came again, my quads protesting, and tried another. Same dead end, same wall, a bit further along.

Cursing by now, I headed back down towards the car park and the entrance to the main path, but saw a road off to the left before I reached it, which I figured must lead somewhere useful, so I ran up it. By now my legs and lungs were screaming. The path dropped down to Durdle Door, but I finally found a route across open ground that led me back to the main path, which I laboured up, and finally crested the hill and staggered down to the pod and my wakening family and breakfast of sausage, bacon and eggs.

I’ve been trying to think of the moral of this morning’s run, and I guess it’s this: sometimes you’ll try new stuff and it won’t really work, but you might as well have fun trying. I wouldn’t have seen this view if I hadn’t taken the wrong path. 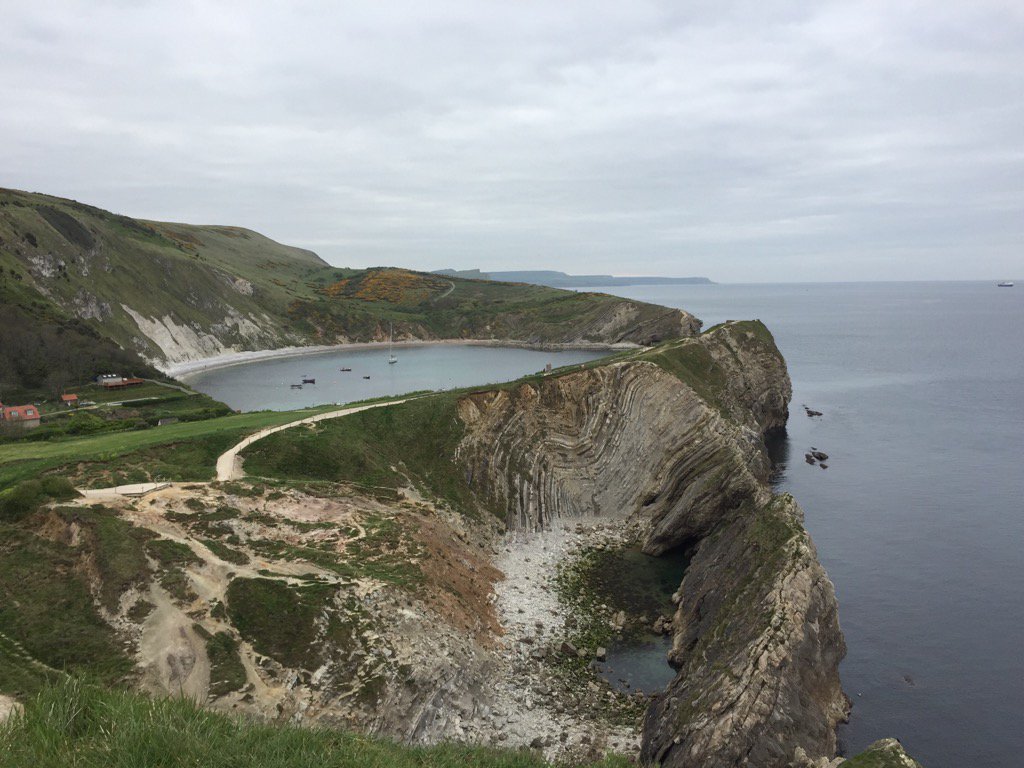