Lessons from Disney No.2: keep moving 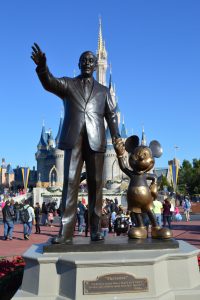 You’d think if any company had reached a point where it could rest on its laurels, it would be Disney. One of the biggest brands in the world, with perhaps the most iconic, recognisable characters in the world of entertainment, a slick operation, massive profits.

And yet, it never stops. When Walt Disney opened Disneyland in 1955, he declared, ‘Disneyland will never be completed. It will continue to grow as long as there is imagination left in the world.’

Certainly we noticed several changes in the six years since our last visit – the classic characters and rides, of course, but alongside them new characters, new rides and attractions. When you start from the premise that your business is never completed, you buckle in for the ride. You don’t set goals, you set waymarkers.