How magnificent is this? Artist Marta Minujín has created a replica of the Parthenon out of banned books. It’s part of the Documenta 14 contemporary art exhibition in Kessel, and students at the university there were involved in drawing up the list of 170 banned books, and then helping the artist source copies – 100,000 of them – from the public. It stands defiantly on the site where Nazis burned books by Jewish and Marxist writers in 1933.

What I find partiuclarly moving about this is that Minujín has done this before – back in 1983 (she’s now 74) – to celebrate the return of democracy to her native Argentina. In that artwork, the books included those banned by the military dictatorship (including, incredibly works such as The Little Prince by Saint-Exupéry), and at the end of the exhibition the structure was gently lowered to the ground and the books distributed to the public. A similar gesture is planned for the Kessel exhibit. As a metaphor for the power of books and the freedom of thought, it’s throat-catchingly beautiful. 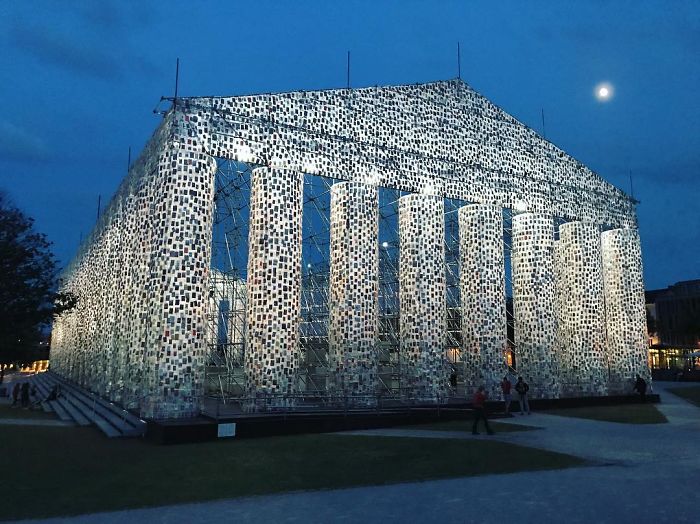