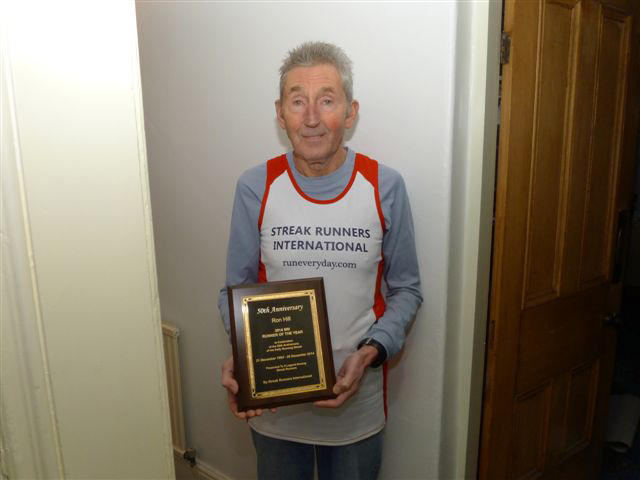 So at last I know where the finish line is.

But Ron Hill has been for a run of at least a mile every day for more than 52 years now: 19,032 days, to be precise. He’s run in a plaster cast and with a broken sternum, once holding an IV drip after surgery. On Saturday, awaiting treatment for a heart condition, he felt so ill during his run that he decided to end his record-breaking streak, as much for his wife and kids’ sake as his own.

So Ron, I salute you: not only for that incredible feat, but for knowing when to stop. You were one of the inspirations behind my own decision to start streaking last year. And also: I’m coming to get you. Only 18,889 days to go and that record is mine…