World-Changing Books: The Art of the Start 2.0

The Art of the Start 2.0: The Time-Tested, Battle-Hardened Guide for Anyone Starting Anything by Guy Kawasaki (2015, Portfolio Penguin) 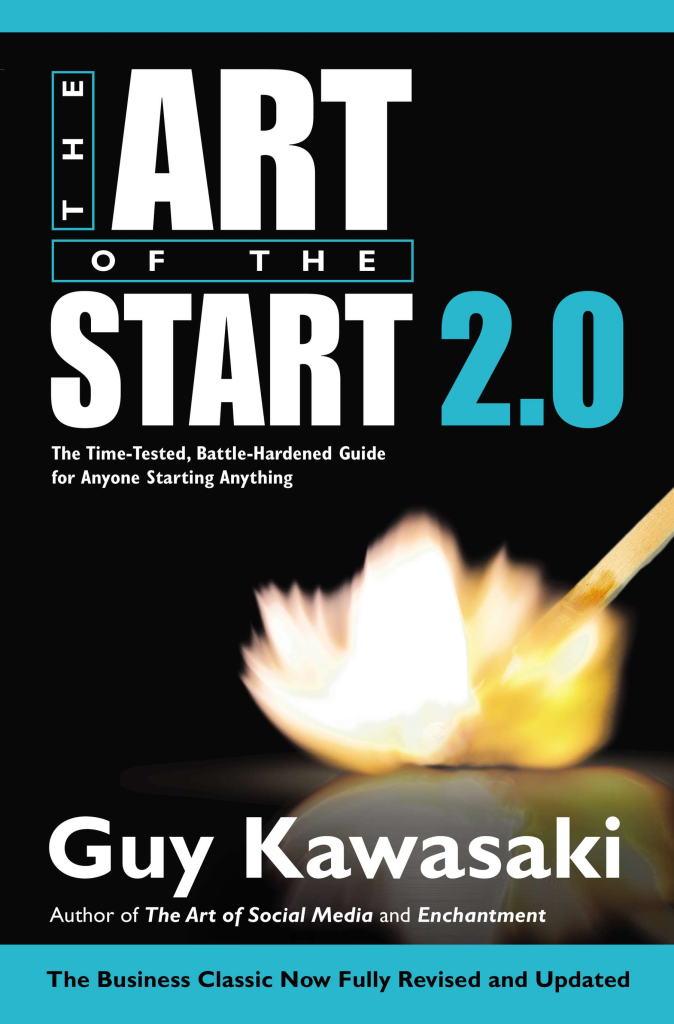 Guy Kawasaki is the chief evangelist of Canva, the online graphic design tool. He is on the board of trustees of the Wikimedia Foundation and an executive fellow of the Haas School of Business (UC Berkeley). He was also the chief evangelist of Apple. He is also the author of The Art of Social Media, Enchantment, APE: Author, Publisher, Entrepreneur, and eight other books. Kawasaki has a BA from Stanford University and an MBA from UCLA as well as an honorary doctorate from Babson College.

Primarily entrepreneurs, although quite honestly it’s invaluable for (as it says on the tin) anyone starting anything: intrapreneurs, small business owners, visionaries.

Entrepreneurship is about doing, not learning to do. If your attitude is “Cut the crap—let’s get going,” you’re reading the right book by the right author. – Guy Kawasaki, The Art of the Start 2.0

The old rules of starting a business don’t apply any more: forget business plans, advertising, systems and investors. Today you need meaning and identity, social media savvy, a willingness to build and learn, and a clear way of making money, and this – in detail – is how you do it.

What’s distinctive about Guy is the way he holds nothing back. His tone is practical, generous and warmly humorous, including anecdotes from a life on the front-line of startups. He combines his manifesto for entrepreneurship – ‘making meaning’ – with detailed, practical notes on how to implement every step along the way, right down to the font size to use for slides in your pitch presentation. Guy has said that his mission is to empower entrepreneurs: this book perhaps more than any other is how he’s working out that mission. 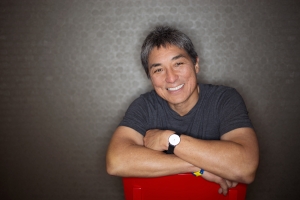 More from Guy himself…

You took an unusually open and collaborative approach to revising The Art of the Start, posting an open form for feedback, engaging in LinkedIn, making the table of contents public for comments – very much walking the talk as you recommend this approach in your books. Can you tell me why you believe it’s so powerful, and what methods of collecting feedback you found most effective?
I made the outline available, took feedback, completed the outline, and wrote the book. When I was nearly done with the writing, I offered the entire Word file to anyone who wanted to provide feedback. When the book as done, I made the electronic version available through NetGalley. In other words, I covered the earth with the draft. Thousands of people had it in some form.
I did this because I am obsessive/compulsive. My goal is to ship a “perfect book” in terms of structure, content, and copyediting. You need a lot of eyeballs to come close to this impossible goal.

I love the way you created a suite of collateral around the book – a Slideshare presentation, spreadsheets and Word templates to download, videos of talks etc: what’s your advice for authors in thinking beyond the book?

Finally, you’re a prolific and original writer – how do you approach a new book? Do you consider you have an optimised process to follow, or do you consciously try out something new each time?

First, I get a big advance 🙂
I have a process: weeks creating an outline. Seek feedback. Write for months. Seek feedback from 10-20 people that I know. “Finish” the draft. Get it out through social media. Go through copyediting. Get the “final” copy out through NetGalley. I do this every time now.