The E-Myth Revisited: Why most small businesses don’t work and what to do about it by Michael E. Gerber (3rd revised edition, 2001, HarperBusiness) 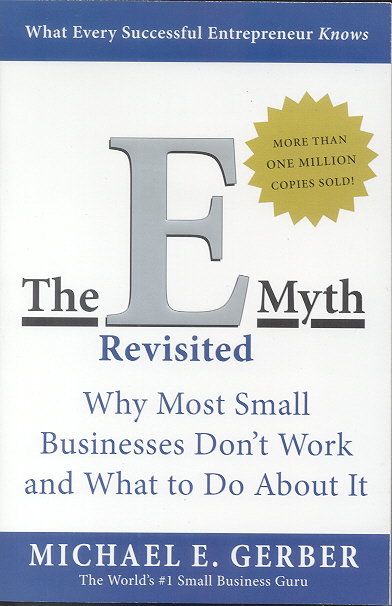 Michael E. Gerber is a world-renowned business author. His New York Times, Wall Street Journal, and Business Week best-selling books of all time have touched the lives of millions of readers throughout the world. He is also a legend of entrepreneurship: Inc. Magazine called him ‘the World’s #1 Small Business Guru’. He started over 40 years ago by addressing a significant need in the small business market: businesses owned primarily by people with technical skills but few entrepreneurial skills, and no place to go to get meaningful help. Over the years, Michael E. Gerber’s companies have provided that help through the delivery of his E-Myth Mastery programs with tens of thousands of small business owners-clients to successfully transform their often broken small businesses into world-class operations.

The E-Myth is the entrepreneurial myth, the belief that small businesses are started by entrepreneurs, people focused on and skilled at building a business. The book’s argument is that most small businesses are actually started by people who are good at their job – technicians – most of whom have no idea how to run a business but were overcome in a moment of frustration by an ‘entrepreneurial seizure’. Michael identifies three essential skillsets in building a successful business: technician, manager, and entrepreneur. He emphasizes a ‘turn-key’ approach, a business development process that views the business as a ‘franchise prototype’, with systems in place that deliver an outstanding customer experience without the day-to-day involvement of the owner. Structure and documentation are key to this vision, as is working ‘on’ rather than ‘in’ the business.

The book is presented as a series of conversations with a fictional small business owner, Sarah, whom the author is mentoring.

When I’ve invited business owners to suggest books for this World-Changing Books series, those that have particularly influenced their thinking and their businesses, this has been the title most frequently mentioned. Over 5 million copies have been sold. Michael claims he and his partner ‘invented business coaching’ (as opposed to consulting) back in 1977, and his ideas have influenced generations of business owners since then. 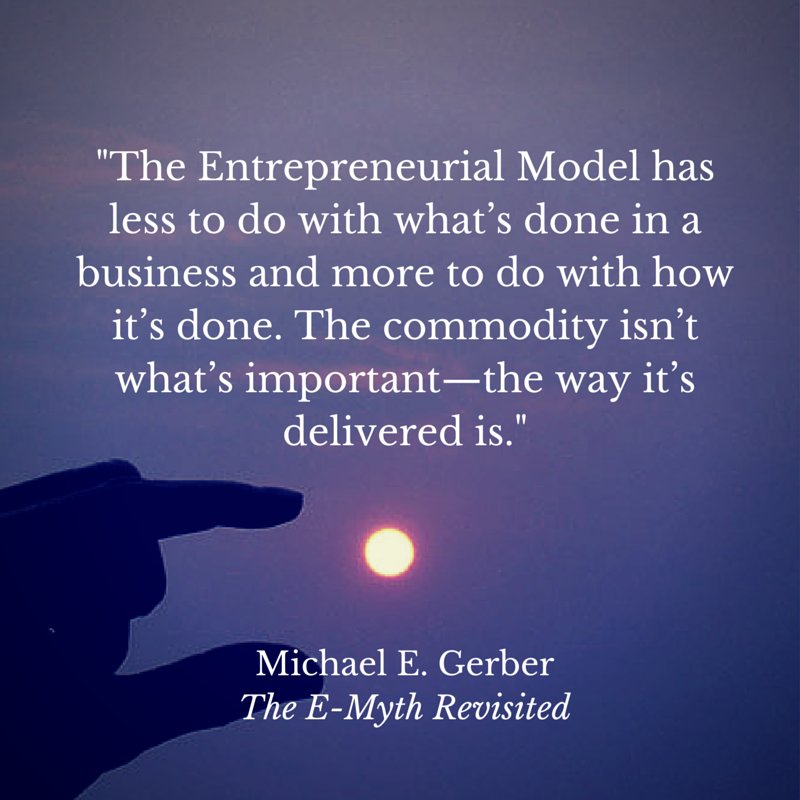 More from Michael himself…

Where did the concept of structuring the book as a conversation come from?

When I came to write The E-Myth Revisited, I realized it would be best written as a conversation with a small business owner about the things I’d written in the original. I imagined a client walking through The E-Myth and what the conversation would be.

It was a very authentic conversation. I knew who I was talking to and I was accustomed to speaking to them and coaching them. I knew what was missing, what they wanted. The book is talking, it’s not writing. It’s a dialogue. An author has got to be next to the reader, speaking in her ear, speaking not as an authority but as a mentor.

Did you seek feedback in the process of writing the book?

Not really. A couple of people. Don’t forget I’d tested the content as a program and in all these conversations long before the book was published. I was very, very clear, and that clarity shaped the dialogue.

What surprised you about the process?

I think the role of the editor is key. It’s always hard to truly know when something is right or not. I never read my own books, I hate reading my own books. I never listen to my audios, I hate to listen to my own audios. I never watch my videos, I hate to watch my videos, I’m the worst judge in the world because I’m immensely self-critical, and that gets in the way of the flow. There’s the critic and the creator and there’s a terrible relationship between them. It takes someone who can be incredibly vibrant in that relationship, who can ask the critic to go away for while, ask the creator, ‘Could you say that again?’ And then do something with it that neither would have gotten done. It’s a difficult role to play. Especially with two strong egos: the ego of the creator and the ego of the critic. So to truly be a brilliant editor, that editor needs to have the ability to move in some way between those two and find a third path. There’s this triangular relationship between the creator and the critic and the editor, out of which comes something quite delightful.

The editor is the advocate for the reader. Where the editor becomes the advocate for the publisher, or for the author, or the critic, it’s all lost. The editor’s got to say, ‘Who’s reading this book? Why is she reading it?’ It can’t be a mind conversation, this has to be a heart conversation, the reader’s heart must be touched before her mind can be touched, her experience has to touched, I have to know her as a human being so that I can communicate with her as a human being, and whenever I turn into a lecturer, into ‘the knower’, it’s lost.